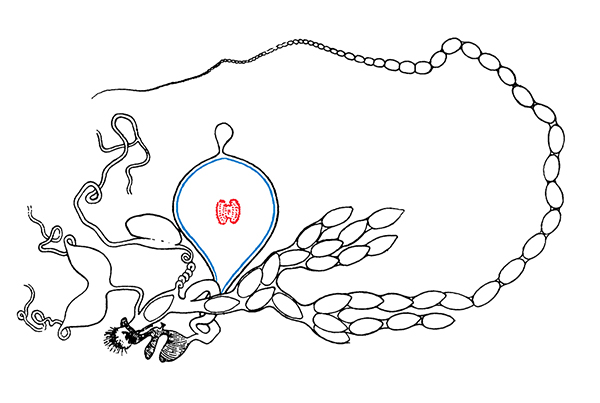 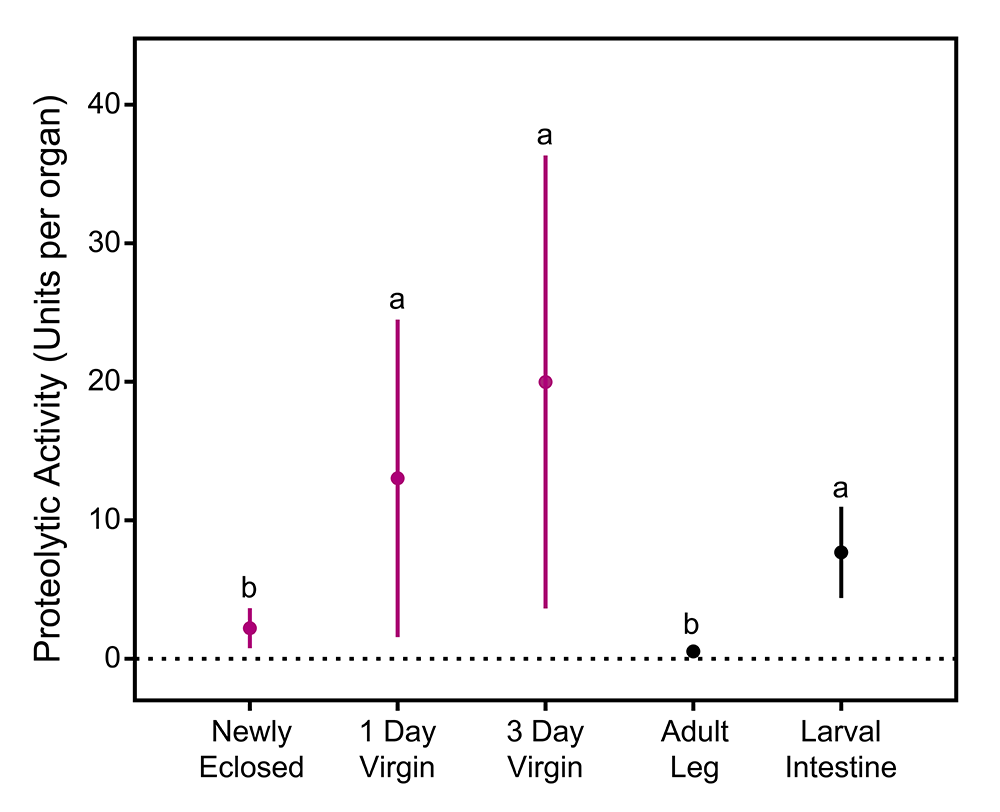 Figure 1. Proteolytic activity in the bursa slowly increases in female butterflies following emergence into adulthood, reaching levels that exceed those found in the entire length of the larval midgut. The latter tissue system is 20 times the mass of the whole bursa, highlighting how potent the proteolytic activity is in this small reproductive organ. 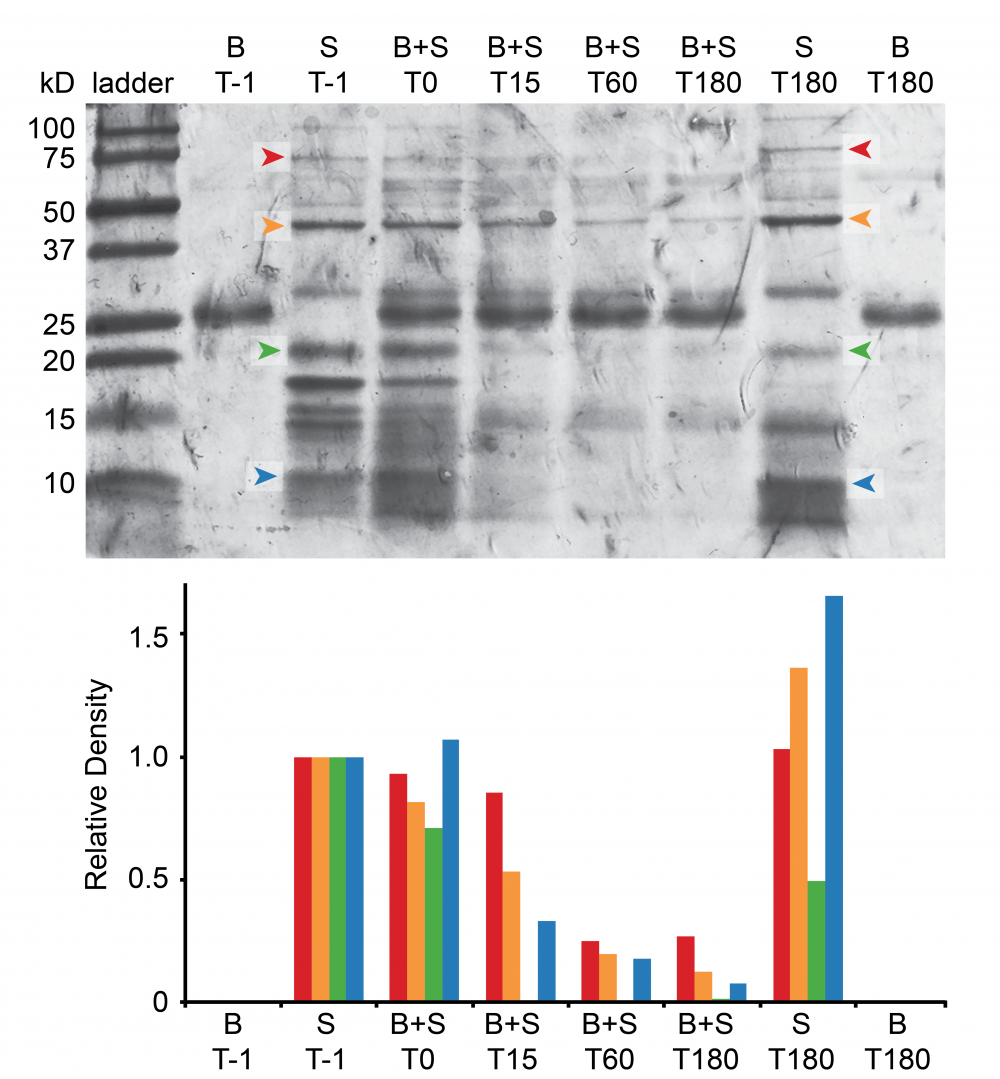 Reproduction is a social interface that intertwines the fates of sexual partners. As a result, male-female coevolution is a central feature of sexual reproduction. However, this coevolution need not always be cooperative, and in fact, the evolutionary interests of the sexes often differ, resulting in conflict over reproductive outcomes. The resulting antagonistic coevolution can lead to arms races between the sexes, driving rapid diversification of reproductive traits. While reproductive coevolution has been of strong interest to biologists for several decades, progress in understanding these arms races has been hampered due to challenges identifying female traits that interact with relevant male reproductive traits.

In collaboration with the Clark Lab, we are addressing this research need by studying the evolution and physiology of the bursa copulatrix, a specialized reproductive organ in female moths and butterflies that functions to receive, digest, and absorb the complex male ejaculate, called the spermatophore. The spermatophore is a large protein-rich package that constitute up to 13% of a males body weight in our focal species, Pieris rapae, and serves as an important source of nutrition for females. However, it also allows males to delay female remating because females will not mate again until they have digested a male’s spermatophore. Because females would benefit from mating more frequently and males would prefer that females never remate, the result is a tug-of-war over female remating rate, a conflict that hinges on digestion of the spermatophore by the bursa.

Although prior research often described the bursa as a digestive organ, almost nothing was known about how the bursa functioned to break down the protein-rich spermatophore. By studying the physiology of this unique organ, we are hoping to better understand how the male-female reproductive interface has evolved under the forces of conflict and cooperation.

In the Cabbage White butterfly, Pieris rapae, our work has revealed that the bursa is intensely protein-digesting (Fig. 1), with proteolytic activity up to several times the level of the entire length of the larval midgut, an organ system 20 times its mass. This proteolysis is provided by the secretion of 9 different proteases into the bursal lumen, including trypsin-like serine proteases, papain-family cysteine proteases, and peptidases. Bursa proteolytic capacity is also dynamic across female lifespan and over the course of a mating cycle. Females emerge with very low levels of proteolytic activity in their bursa (Fig. 1). However, bursal proteolysis increases dramatically following eclosion, decreases dramatically after remating, and rebounds about the time females are preparing to remate. This suggests that bursal proteolysis may be actively regulated by females, but that males may attempt to quench proteolytic activity following mating. Indeed, our analyses of male spermatophore composition indicate that males transfer protease inhibitors alongside their other seminal fluid proteins.

We are now working to understand the mode-of-action, specificity, and spermatophore substrates of these female reproductive proteases, using a mix of SDS-PAGE (Fig. 2), zymogram analyses, and differential mass spectrometry. We hope to expand these biochemical approaches to ask questions about how bursa-spermatophore interfaces coevolve under selection for both cooperation and conflict across the butterfly family Pieridae.