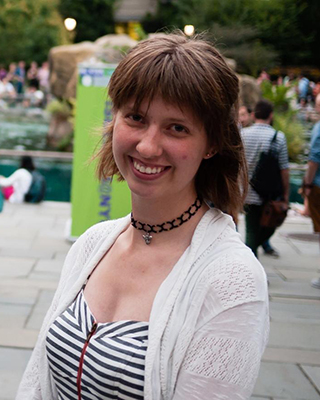 I am a graduate student in the Morehouse lab where I am studying the role of sexual conflict and cooperation in reproductive co-evolution in insects, with a focus on butterflies. I came to Pittsburgh from Colorado where I completed my undergraduate degree in Zoology and Biological Sciences at Colorado State University. As a researcher, I am interested in how physiology, ecology and evolution interact to produce variation in reproductive strategies. In my spare time I enjoy being surrounded by my personal menagerie and playing pinball. 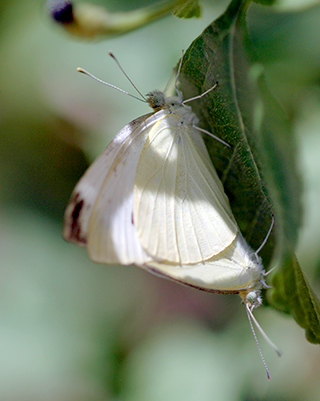 My current research in the Morehouse lab focuses on the evolution of a unique female organ found in a variety of insect taxa: the bursa copulatrix. In butterflies and moths, the bursa functions to accept and digest the male ejaculate. The interaction between the female bursa and the male ejaculate appears to have been influenced by both reproductive cooperation and conflict between the sexes. My research aims to understand the evolution of this interaction and the specific male-female interfaces involved, with a particular focus on how co-evolutionary dynamics have been influenced by mating system and nutritional ecology.

The Effects of Inbreeding on Captive Cheetahs

My undergraduate thesis stemmed from my passion for genetics and my experience as a volunteer at the Denver Zoo. Cheetahs are well known for their lack of genetic diversity caused by a genetic bottleneck roughly 10,000 years ago. This has led to many questions in regards to the viability of the species, particularly their immune systems. As with any animal species kept in captivity, breeding programs for cheetahs seek to strengthen the species. Using studbook data, I sought to track the survivorship of infant cheetahs across time in relation to the level of inbreeding experienced in a captive environment.

Several salamanders exhibit genomes of extraordinarily large size. How the genomic DNA and mitochondrial DNA have evolved in such systems and how the patterns relate to each other remain largely unknown. As an NSF REU, I worked to develop nuclear markers and optimize mitochondrial markers in salamanders (genus Aneides). These markers will be used in order to help solidify the phylogeny and evolutionary history of the six recognized species.

The Conflict between Humans and Elephants

Poaching of elephants for ivory remains a problem in many areas of Africa. Reserves have been established in order to protect elephants, however, farmers living on the edges of reserves lose much of their crop to elephants every year. In order to decrease illegal poaching of elephants and reduce crop loss, villagers were not only educated to appreciate wildlife, but also in techniques to prevent farm raids by elephants (use of chili peppers, etc). This project has since blossomed into the Wildlife Connection Organization.